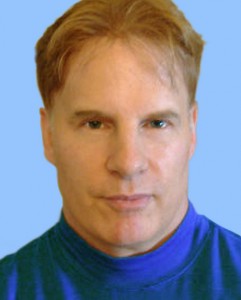 Growing up in a small town near Lynchburg, Virginia, one of Russ’s earliest memories is standing at the front of his first grade class with his vast collection of dinosaur figures. One by one, he would explain in great detail the various characteristics of each creature to the class. The seven year-old’s prehistoric presentation was so compelling that his teacher would then send him off to repeat it to every grade in the elementary school.

A move to Tampa, Florida, and nearly three decades later, Russ was an award-winning Art Director at a Palm Harbor advertising agency. Collecting over a dozen “ADDY Awards” for creative excellence, (advertising’s equivalent to the Grammy’s), Russ later became intrigued with fiction writing. An accomplished painter and sculptor, he found that writing offered something new. It was a medium that could be easily shared. A good sculpture, for example, could only be truly appreciated when viewed in person, where one could walk around it and experience it in its world of light and shadows. It is an experience that could not be captured in a photograph, therefore not easily shared. But writing offered him something more; it sculpted the image in the reader’s mind. Someone on the other side of the globe could read a scene and experience the images just as the artist intended. Russ still considers himself a sculptor though . . . only now, instead of clay and plaster, he uses words.

So nearly a decade ago, when one of the original “dinosaur kids” decided to pen his first set of novels, it was no surprise that his subject matter would be the greatest prehistoric predator that ever lived. Other past and present hobbies include motocross and flat track racing, performance cars and competitive bodybuilding. In addition, Russ has two patents to his name. He also created the art for his book covers and most of the images on his website. He now resides in Tampa, Florida, with his wife Danielle and his Doberman.