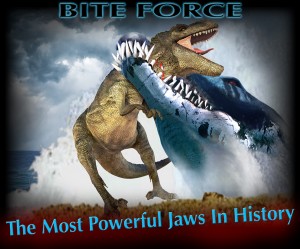 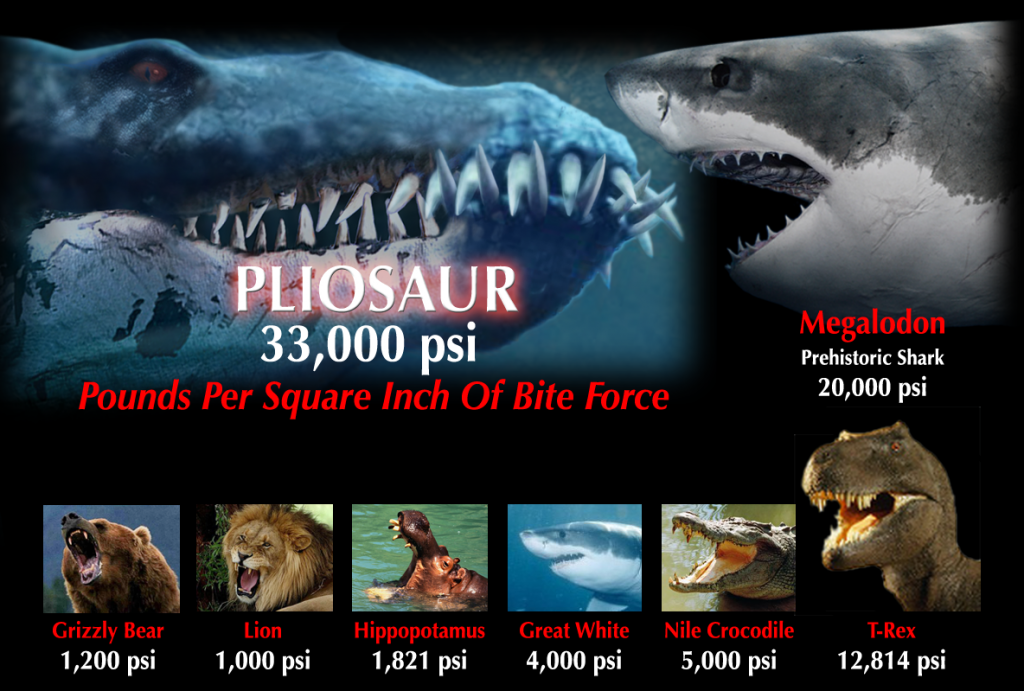 Richard Forrest, a palaeontologist and plesiosaur expert said that the T-Rex was a “kitten” compared to the pliosaur.

“One of the things that is very clear from looking at this specimen is just how powerful this animal was,” he said. “If we look at the lower jaw this is the point at which the muscles attach and then you’ve got the great beam coming forward – that bone is roughly the strength of steel, so think of the strength of a steel girder that size.

“So it was an enormously powerful biting machine. These things were big enough and powerful enough to bite a small car in half. “It would take a human in one gulp. It would take T. rex in one gulp. Compared to this beast T. rex was a kitten.”

David Martill, a palaeontologist from the University of Portsmouth, said: “These creatures were monsters.

“They had massive big muscles on their necks, and you would have imagined that they would bite into the animal and get a good grip, and then with these massive neck muscles they probably would have thrashed the animals around and torn chunks off. “It would have been a bit of a bloodbath.”

The fossil remains of a huge pliosaur, dubbed Predator X, were dug up on Svalbard, a Norwegian island close to the North Pole. Measurements of its jaw and analysis of its teeth suggested that its bite was up to 11 times as strong as that of a Tyranosaurus rex.

To Find Out About True Pliosaur Sightings